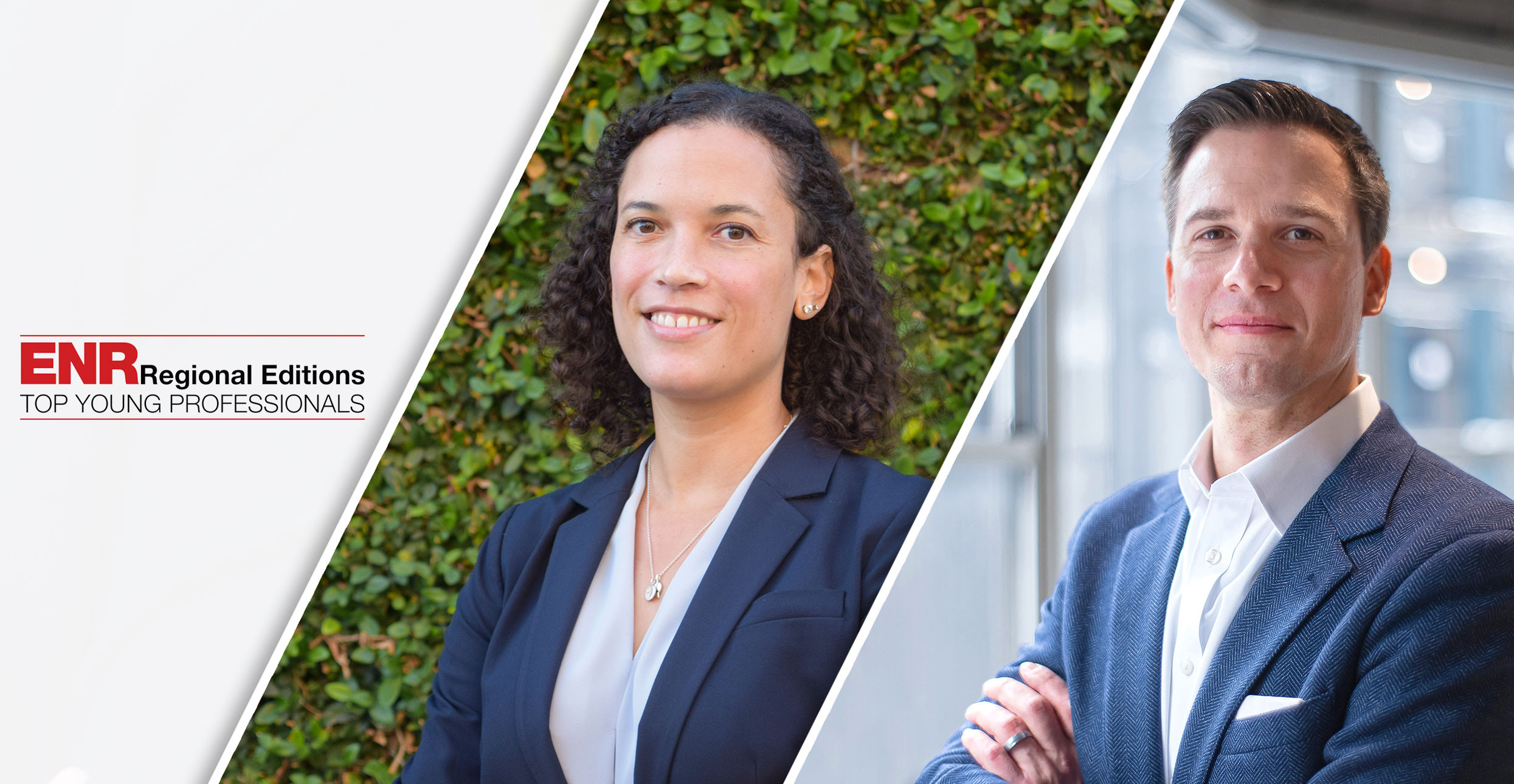 Two of our leaders were named to ENR’s Top Young Professionals in California and New York—recognized for their extraordinary leadership, achievements, and drive to push the AEC industry forward, as well as their commitment to bettering their communities through professional work and volunteerism.

Harper-Smith’s passion for construction began when she played with Legos as a child, which later led her to earn a degree in civil engineering from USC and an MBA in organizational behavior from Loyola Marymount University. In college, she was a member of the American Society of Civil Engineers and the National Society of Black Engineers.

Once in the workforce, Harper-Smith quickly rose up the ranks thanks to her expertise, business acumen and leadership skills. In her current position as project executive, she is responsible for the oversight of an entire office and field team.

Six years into her career, Harper-Smith became the MEP project manager on the multimillion-dollar seismic retrofit and renovation of the Hall of Justice in Los Angeles. She led integration of all MEP infrastructure systems in the historic building, transforming the 335,000-sq-ft structure into LEED Gold office space.

Throughout his career, Margolius has focused on creating a true personal connection among all team members. Those qualities proved valuable in helping guide Shawmut’s 415-employee New York area division through the uncertainties of the coronavirus pandemic. With news consumption at an all-time high, Margolius understood the critical importance of clear, transparent and consistent communication with employees and clients. In addition to regularly collaborating with other executives on strategies for keeping Shawmut’s people safe, he uses a biweekly internal newsletter and small group video calls to assess the team’s pulse and celebrate their hard work. As construction in New York City has resumed, Margolius ensured that each client felt confident in restarting projects by overseeing the thorough implementation of enhanced COVID-19 safety protocols so that teams were fully prepared to deploy on Day 1.