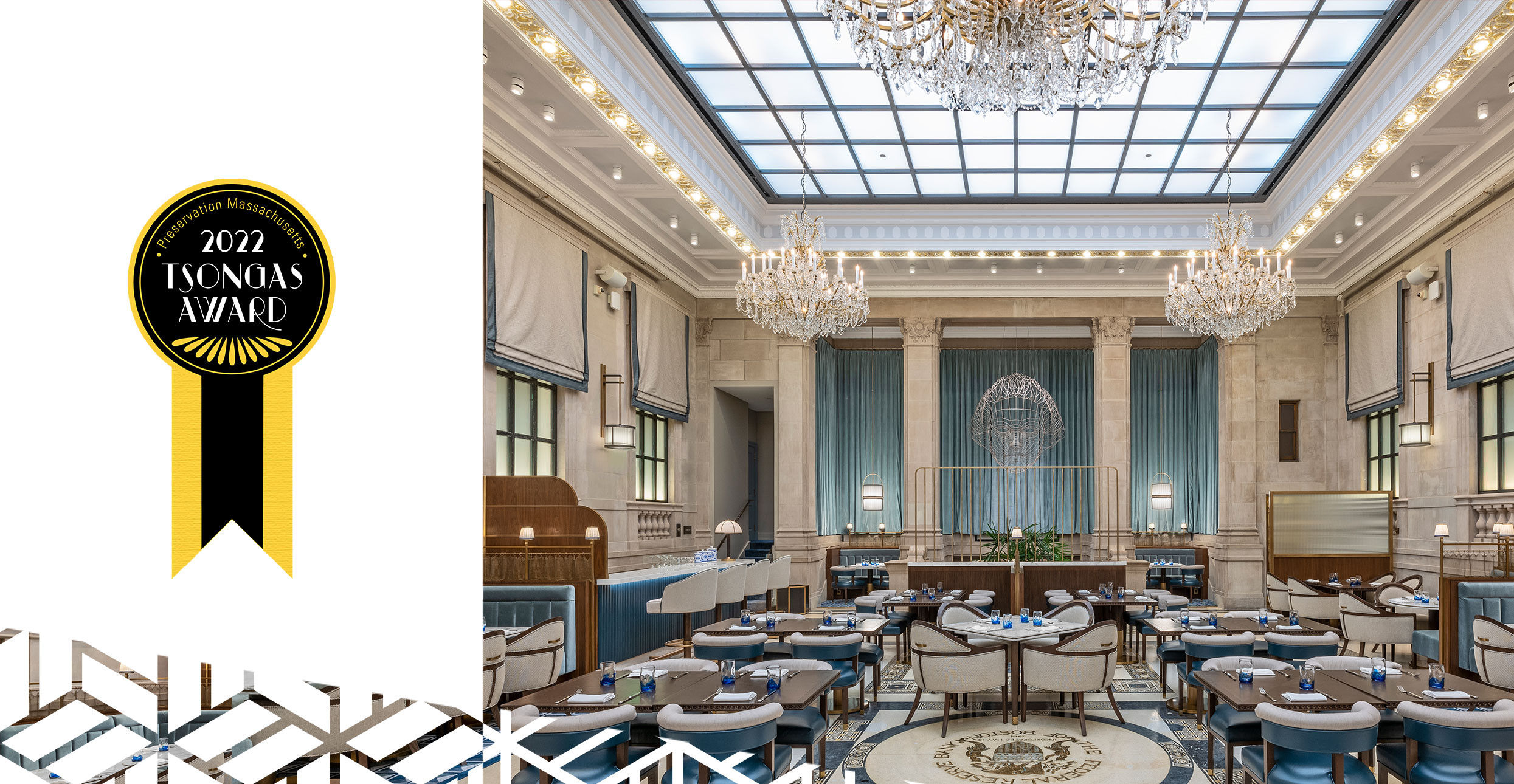 The goal of the comprehensive renovation of The Langham, Boston was to preserve the history of the building (the original Federal Reserve Bank of Boston) and highlight its architectural elements while incorporating the finest materials and bringing this Boston Landmark up to a new standard of modern luxury. In collaboration with Dyer Brown and the Richmond International design team, Shawmut worked hard to bring The Langham, Boston back to life.

The renovation spanned across the 288,000 square feet of the hotel, including a renovation of all 312 guest rooms, eight loft suites, and the Chairman Suite with new finishes, millwork, and furniture. New to the hotel are GRANA restaurant, The Fed cocktail pub, The Langham Club (new private club space on the 8th floor), and Lincoln Ballroom. Additionally, the hotel’s infrastructure was updated with all new heating and cooling units, plumbing, and life safety.

Constructed as The Federal Reserve Bank of Boston between 1920 and 1922, this R. Clipston Sturgis-designed Renaissance Revival-style building was designated a Boston Landmark in 1978. In 1980, a three-story vertical addition was added as the building was converted to a hotel. This most recent renovation project began in 2019 and was completed in 2021. Throughout the project, the team worked with the Boston Landmarks Commission to ensure the exterior continued to represent the essence of the original design.

The result is a fully renovated hotel that preserves and respects the building’s grand past as the Federal Reserve Bank of Boston, while introducing a new standard of modern luxury hospitality to Downtown Boston.

Highlights of the renovation and restoration include: