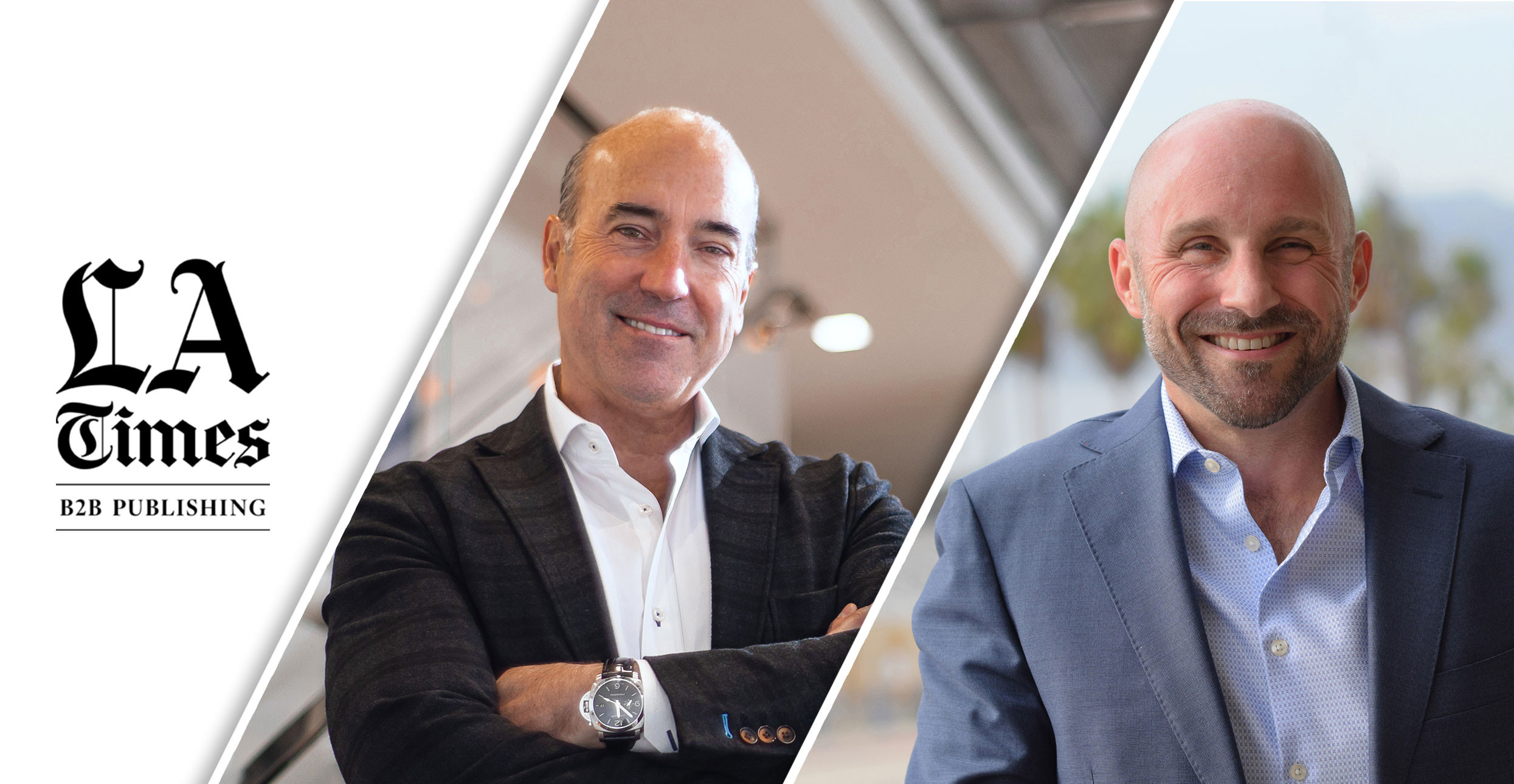 CEO Les Hiscoe and executive vice president of the West region Greg Skalaski were named 2021 Visionaries the Los Angeles Times’ Commercial Real Estate: Trends, Updates and Visionaries. Read more about Hiscoe and Skalaski below to see why they were spotlighted as leaders in Southern California’s CRE market, and read their Visionary features here and here.

Hiscoe’s career trajectory charts a remarkable rise through the ranks of construction management, from project manager, to vice president, to president and COO, to CEO. He grew revenue from $558 million to $1.5 billion, elevating Shawmut to a national player with ten offices nationwide, including Los Angeles and Irvine. Under Hiscoe’s leadership, Shawmut has exponentially grown in the LA market over the last 20 years, driving a 260% increase in revenue over the past five years alone. Growing from roots as the preeminent luxury retail and restaurant builder in Southern California with projects including Louis Vuitton Flagship on Rodeo and Nobu Malibu, he has expanded Shawmut’s offerings and increased share across key emerging markets. He launched a luxury homes division delivering dream homes for A-list Grammy winners, casino developers, billionaire tech moguls, and more. Most recently, he launched a hotel division that boasts an impressive portfolio of recent projects, including Silver Lake Pool & Inn, The Hoxton Hotel and Soho Warehouse in Downtown Los Angeles. And now, he’s working to significantly grow Shawmut’s Southern California footprint, including establishing joint venture partnerships, to achieve significant market share in the healthcare, life science, and education sectors.

Before Skalaski even moved to Los Angeles, he was already part of the city’s fabric, building some of the most iconic retail spaces including Louis Vuitton on Rodeo Drive. After working on projects in Los Angeles for 18 years and rising through the ranks at Shawmut Design and Construction to vice president of retail, Skalaski took the helm as executive vice president of Shawmut West at the end of 2018. In the newly-created role, he oversees the Los Angeles, Irvine, and Las Vegas offices, setting the strategy to ensure continued growth across all sectors in the region—hotel, commercial ground-up, tenant interior, sports venues, restaurant, retail, and luxury residential—and ensuring executional excellence and technical expertise to exceed clients’ expectations. In the first year under Skalaski’s leadership, the Los Angeles region specifically reached nearly $300M in revenue, driving a 260% increase in revenue over the past five years; also in that year, he drove the entire region’s revenue up 29% year-over-year. Skalaski has led the team to become even more embedded in the city’s growth and development, working on marquee projects including the restoration of a historic theater in downtown LA, in-stadium work at SoFi Stadium, the adaptive reuse of historic buildings for Soho Warehouse and The Hoxton, DTLA, the relocation and renovation of House of Bijan, and projects supporting the revitalization of Bergamot Station in Santa Monica.