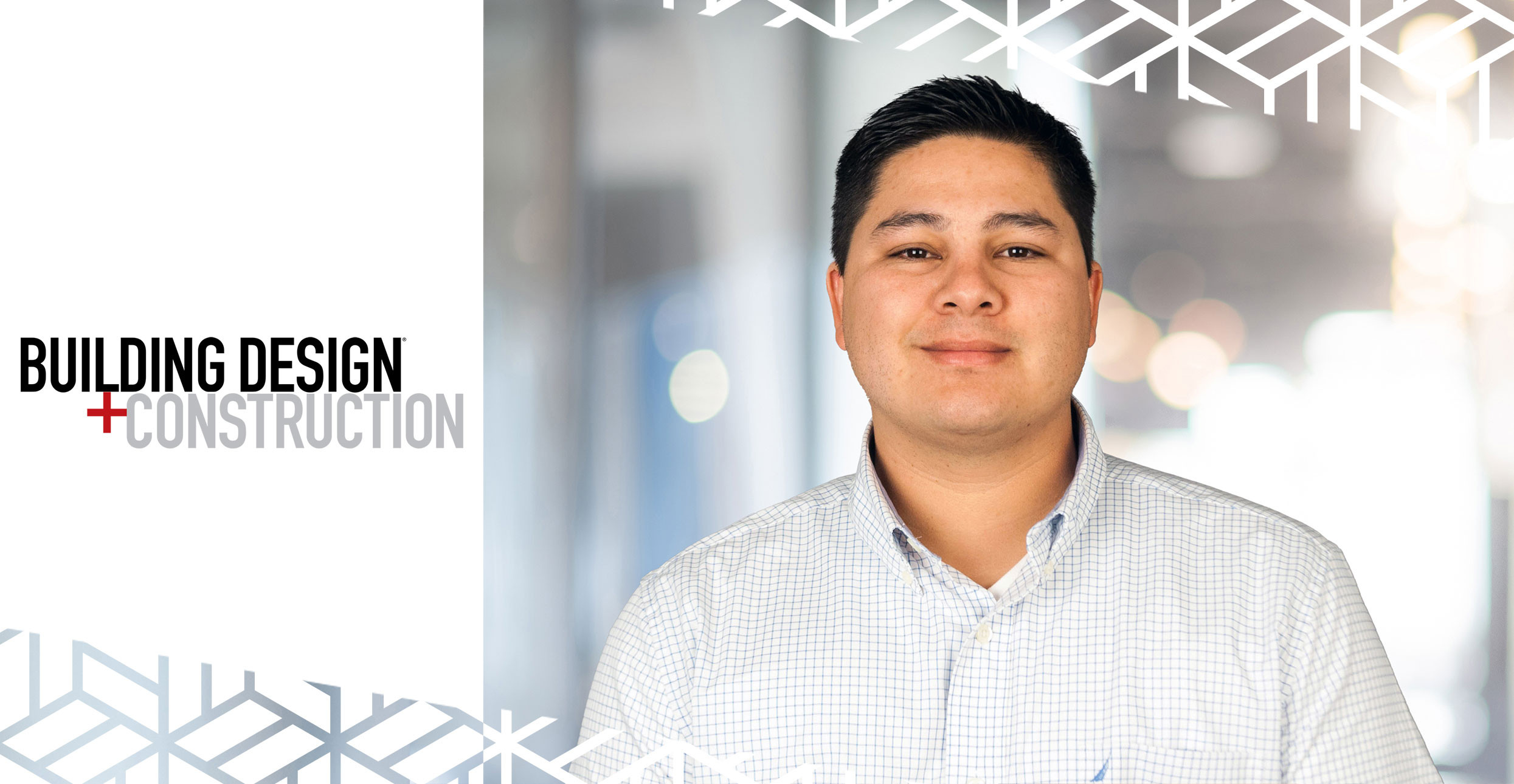 Recognized for his career achievements, passion for the AEC profession, involvement with industry organizations, and service to the community, director of safety for Shawmut’s West region Steve Lee was name to Building Design + Construction’s 40 Under 40 class of 2022. Read more about Steve below and in his BD+C award profile here.

Steve’s path to his construction safety career may be unconventional, but his unique experiences and background as a first responder have allowed him to propel quickly into his current leadership role.

Before joining Shawmut, Steve was a firefighter and EMT. He started fighting fires as a volunteer in high school, and officially started his career as a wildland firefighter for the Department of Interior, traveling the country and fighting some of the most devastating fires. Shortly after, he became a Department of Defense firefighter with the United States Air Force Fire Department. Steve attended Louis F. Garland Fire Academy, finishing at the top of his class as a civilian.

After spending years dedicating his time to protect the greater community and environment, Steve’s career pivot into construction safety was a natural next step. Utilizing the skills he honed as a firefighter, Steve started working as a safety medic on project sites for Construction Health & Safety Services—he led new workers through orientation on-site, provided emergency medical care at the EMT level, conducted site safety inspections, and assisted in the planning of high-risk work. During this time, Steve acquired several certifications, including his OSHA 30 Hour and Safety Trained Supervisor. His first construction project—a $450M hospital building in Ventura, CA—is where he was introduced to construction safety. With all the high-risk tasks that accompany a project of this size and scale, he quickly learned how vital a proactive safety program is.

As director of safety for the West region, Steve is responsible for keeping thousands of people on Shawmut’s jobsites safe each year. With safety being the most critical component of construction, he works diligently to create and maintain healthy, injury-free environments at every jobsite he oversees. For example, Shawmut is currently building one of the first cross-laminated timber buildings of its scale in Los Angeles, adding five new levels on top of an existing structure. This project is especially challenging, with power lines on one side (requiring relocation underground), the Metro line running parallel, in addition to being a site with a steep slope and different elevations. With complex structural work coupled with the use of a tower crane, pre-planning was critical for a safe build. Steve took charge by partnering with the project team and OSHA to obtain permits and carefully plan high-risk work months in advance and before anyone even stepped foot on site.

Steve is also one of the driving forces behind Shawmut’s Technology Pilot Program, which identifies and tests programs on project sites that enhance communication, collaboration, and engagement in safety. Steve is currently focused on finding efficient and effective solutions for vetting, qualifying, and onboarding subcontractor partners so they are fully versed on both OSHA’s and Shawmut’s safety standards. He also works closely with subcontractors to bring a new level of safety to their own programs, coaching and training them and helping them enforce world-class protocols.

But Steve’s commitment doesn’t stop when he steps off a jobsite—he is currently working towards his bachelor’s degree in occupational health and safety from Columbia Southern University (anticipated completion December 2022); regularly volunteers as a CPR and First Aid course instructor for the American Red Cross; and is a member of the American Society of Safety Professionals. Recognizing the importance of Total Worker Health and focusing on safety of the entire person, Steve is an active member of the Associated General Contractors (AGC) of California chapter and currently serves on its Safety & Health Council and Safety Week and Mental Health subcommittees.