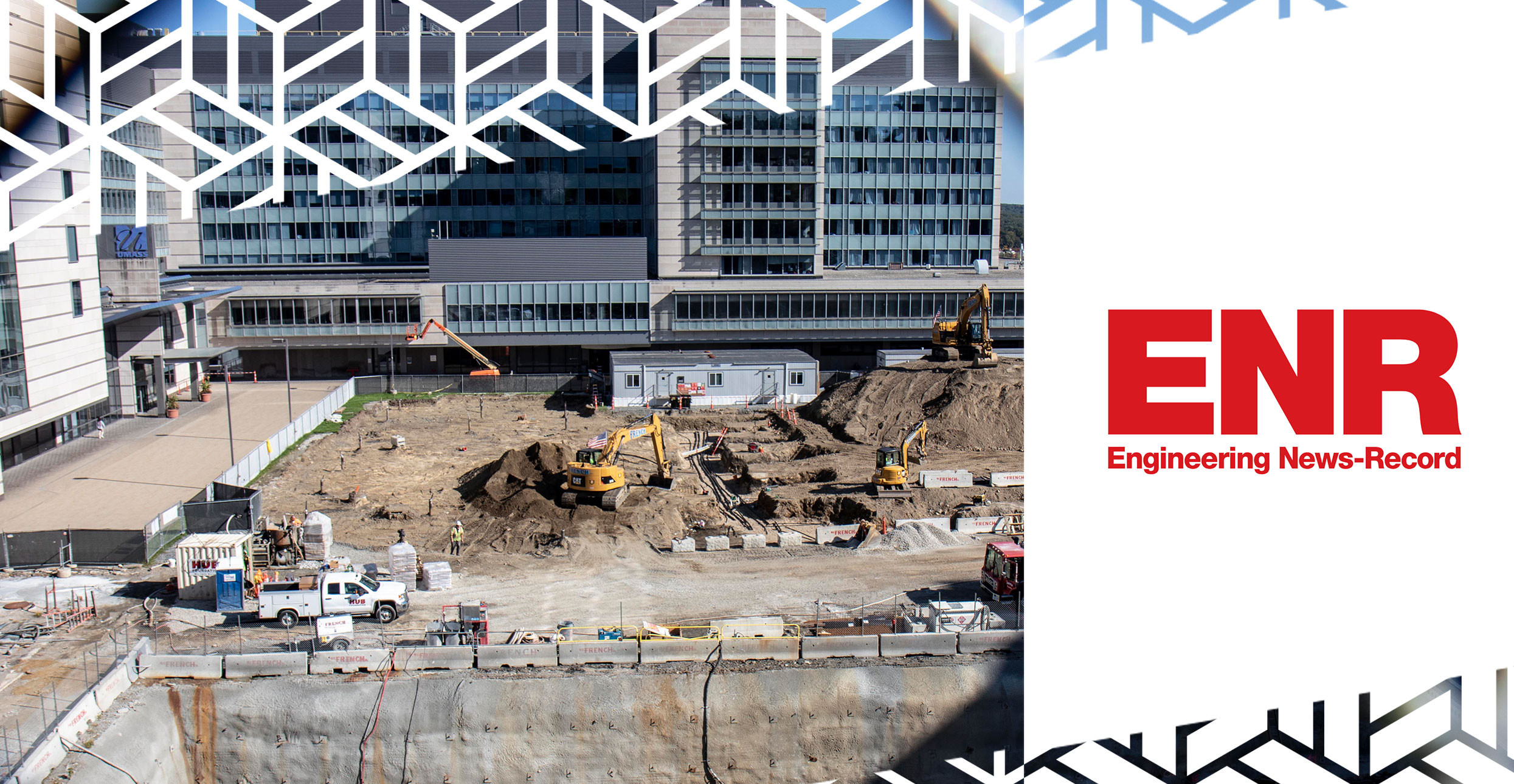 75 holes, each 500 feet deep and six inches in diameter, are creating what will be the largest geothermal system ever installed in a building throughout the University of Massachusetts portfolio at UMass Chan Medical School’s new #ShawmutBuilt education and research building—a nine-story, $325M complex. Engineering News-Record spoke with Kevin Sullivan, EVP of Shawmut's New England Region, and Suzanne Wood, the medical school’s Associate Director of Sustainability and Campus Services, on installing the state-of-the-art system that is slated to cut building emissions by 55%.

UMass Chan Medical School is betting big on geothermal heating and cooling to slash the greenhouse gas emissions from the newest addition to its Worcester campus, a $325 million research and education complex.

The holes will play a crucial role in the new geothermal system. The relatively constant subterranean temperature of 50 degrees Fahrenheit is leveraged to transfer heat energy to and from water pumped through the system. That water is circulated through electric heat pumps to help cool the 350,000-sq-ft building in summer and heat it in winter.

The new geothermal system will greatly reduce the new building’s reliance on the campus’s central heating and cooling system, which is powered by fossil fuels. That, in turn, will help cut emissions by 55%, eliminating 1,600 tons a year in carbon emissions, Sullivan said.

“We are off to a strong start but we certainly have a way to go,” Sullivan said.

A new executive order by Gov. Charlie Baker was one immediate spur for UMass and its decision to go with geothermal, which has higher initial costs.

The geothermal system, which will be the largest of its kind ever installed in a building in the University of Massachusetts system, comes on the heels of Baker’s Executive Order 594, issued April 22, setting out ambitious new decarbonization rules for state buildings.

But the new research and education building, the largest built the campus in a decade, also follows what has become a medical school tradition in pushing the green envelope with new projects.

The new building, which will also have an FDA compliant manufacturing facility for clinical trial therapeutics, will be the fourth building UMass Chan Medical has sought LEED certification for, in this case LEED Gold.

“It is definitely exciting and definitely an example of the campus’ commitment to energy efficiency and decarbonization,” said Suzanne Wood, associate director of sustainability and campus services at the medical school.

In addition, the new geothermal system, in conjunction with the main campus system, will also provide added “resiliency” should heating or cooling problems arise, a crucial factor in a building where medical research will be taking place, Wood said.

UMass will be adding 75 new principal investigators, or researchers, with the new building, slated for completion in 2023.

Meanwhile, work on the project, hitherto dominated by subsurface and foundation work, will shift into the next phase this spring, when the structural steel starts to go up, followed by the curtain wall in the fall of 2022.

One of the bigger challenges of the project is its location in the heart of the campus, in what was a courtyard between two buildings, Sullivan said.

In order to minimize disruptions and make sure everything goes smoothly, the construction team has been huddling with the campus logistics team, Sullivan said. There are also daily huddles with the subcontractors on the project to work through any potential campus logjams or disruptions.