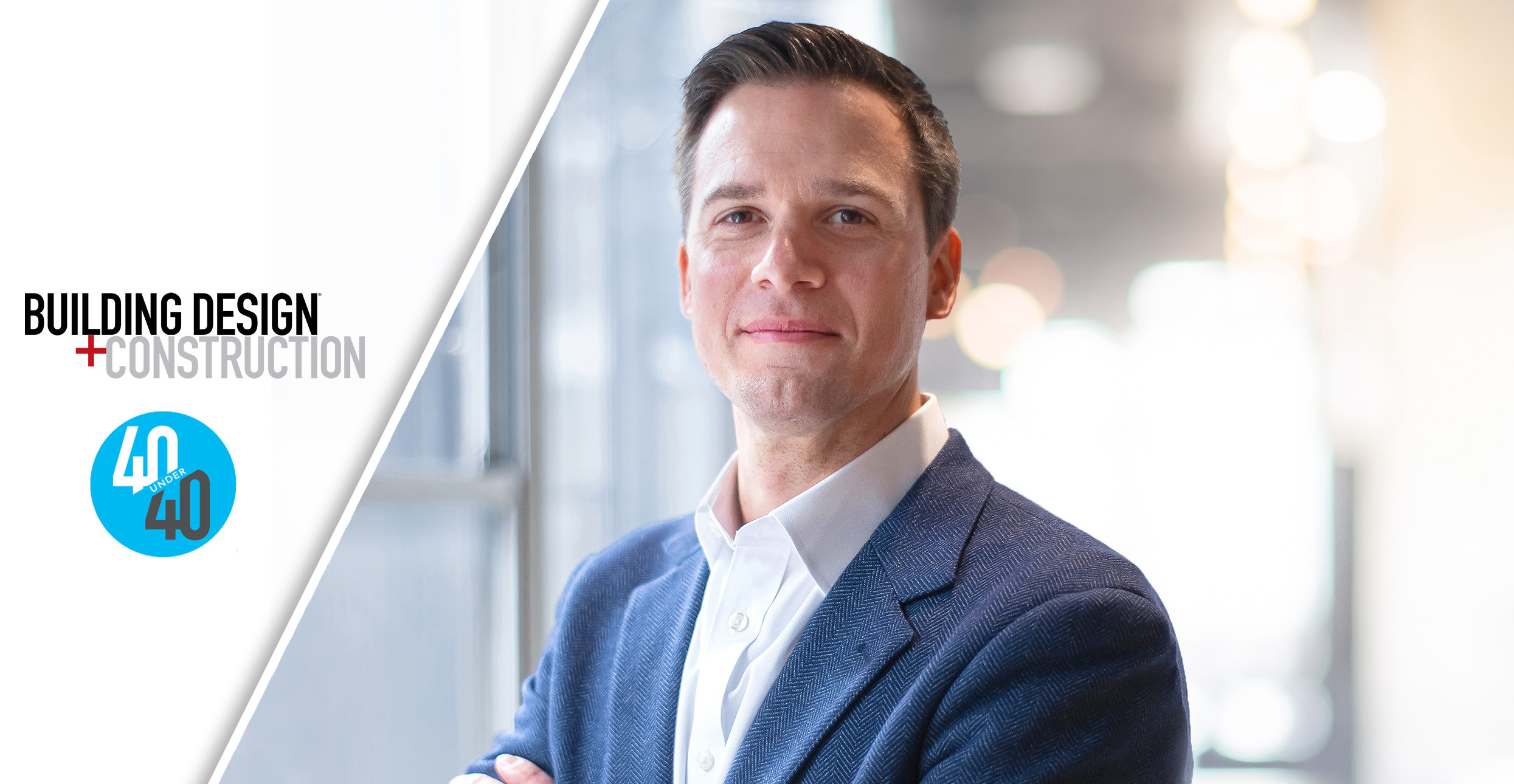 Executive vice president of New York Metro Region, David Margolius, was named to Building Design + Construction’s 40 Under 40 class of 2020, recognized as an AEC leader making his mark in business, philanthropy, and the community, excelling not only in construction but also in service to his clients, firm, and profession. Read BD+C's 40 Under 40 feature here, and learn more about why Margolius was honored as the “EVP Par Excellence” below.

The youngest person in Shawmut history to be named vice president, Margolius was promoted to vice president of retail in late 2018, beginning the start of his executive trajectory. With full P&L responsibility for the $345 million, 250-employee division, his first year in the role he grew the business by nearly 15%.

Margolius has a people-first mentality, known to first ask “how are you doing” rather than “what are you doing.” His dedication to this approach solidified more as the Covid-19 pandemic hit shortly after he assumed his new role. With news consumption at an all-time high and updates coming in constantly, he understood the critical importance of clear, transparent, and consistent communication with both employees and clients.

When New York City reopened construction in Phase One, Margolius ensured that each client—including Pace University, Parker New York Hotel, The Glasshouse, Tiffany & Co., and Cultural Services of the French Embassy—felt confident in resuming work, overseeing the thorough implementation of Shawmut’s enhanced Covid-19 safety protocols so the teams were fully prepared to deploy on day one.

Margolius began his career in construction more than 15 years ago after graduating from Holy Cross with an economics degree. He interned at Shawmut, then entered its Construction Management Skills Training program, quickly establishing himself as a leader. Margolius was named to design:retail’s “40 Under 40” and was named an ICSC CenterBuild "Rising Retail Leaders Under 40" honoree.