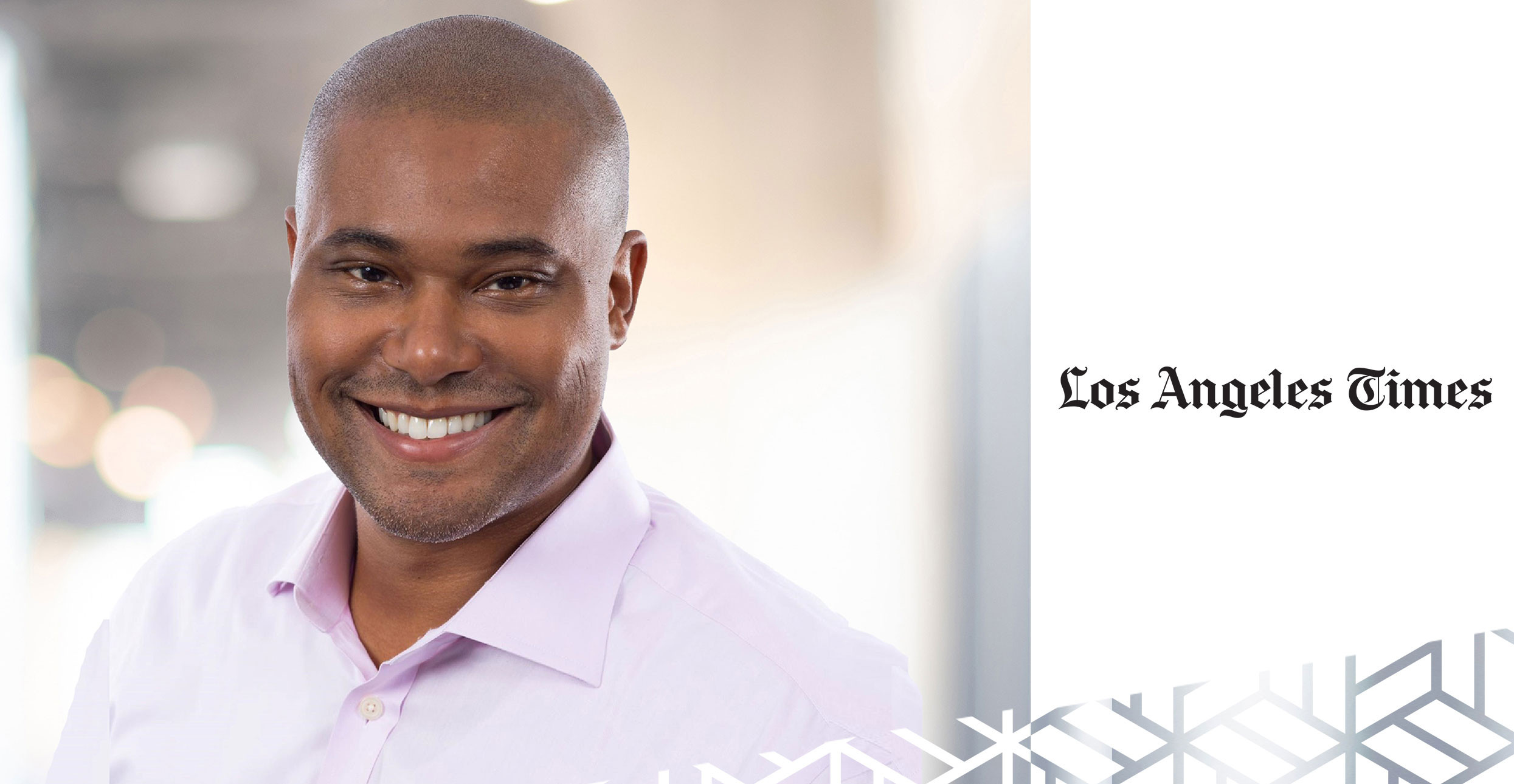 Director and regional controller of the West region, David Malonson has been named a Diversity, Equity, Inclusion & Accessibility Visionary by the Los Angeles Times, recognized as a prominent game changer and thought leader who is driving critical DEIA work within Shawmut and the Southern California community. Read more about David below and in his LA Times profile here.

In his role, David inherently makes a huge impact on Shawmut’s business. As co-chair of the firm’s national Diversity Leadership Council (DLC) for two years and counting, his impact is amplified tenfold as he drives Shawmut toward its DEIA goals, working to create a companywide culture and workplace environment where everyone can show up as their authentic selves and reach their fullest potential.

Key to driving progress and change is David and his two DLC co-leads operationalizing the work and using data to establish accountability. DEIA efforts are part of the Shawmut leadership team’s goals and KPIs, which David and the DLC support. As a leader of the DLC, David meets monthly with CEO Les Hiscoe to share boots-on-the-ground feedback and challenges, allowing Shawmut to continually refine and improve DEIA programs, tactics, and desired outcomes in real-time based on David’s recommendations.

Realizing the need to support the DLC on a local level, David applied strategies from his diversity leadership experience when he worked at Westfield to lead the charge in creating Regional Diversity Leadership Councils (RDLCs). By bringing DEIA work to a local level, employees are provided a more comfortable space to embark on this journey with colleagues they know and trust. To successfully launch the RDLCs, David and the DLC co-chairs trained the members (and all members of Shawmut’s senior leadership team) on how to become an ally, be comfortable having uncomfortable conversations, and provide managers the skills to become inclusive, equitable leaders. The RDLCs, with 70 members nationwide, are comprised of people who work across all functions of the company, driving diversity of thought and perspective while encouraging participation and opening the door for much higher engagement.

The West RDLC drives progress in the Los Angeles, Las Vegas, and Irvine, CA offices and local construction industry through trainings, organization memberships, panels, and events. The West RDLC hosts quarterly learnings, ranging from guest speakers to bystander intervention training to coffee talks celebrating and sharing the history of a specific culture. As part of Black History Month, David collaborated with Captain Brent F. Burton from the Stentorians, an organization of Black firefighters, to speak in the LA office (and broadcasted nationally) to share the history of Black firefighters in Los Angeles and his experience as a Black Angeleno.

David and his DLC co-chairs have also:

Partnering with the West region purchasing and estimating teams, David plays an active role in supporting Shawmut’s membership with the Southern California Minority Supplier Development Council. Recently presenting at an Underrepresented Business Enterprise (UBE) subcontractor open house in the Los Angeles office, David shared how Shawmut works with subcontractors financially, and how we can partner with them to lower the barriers to entry for job partnerships.