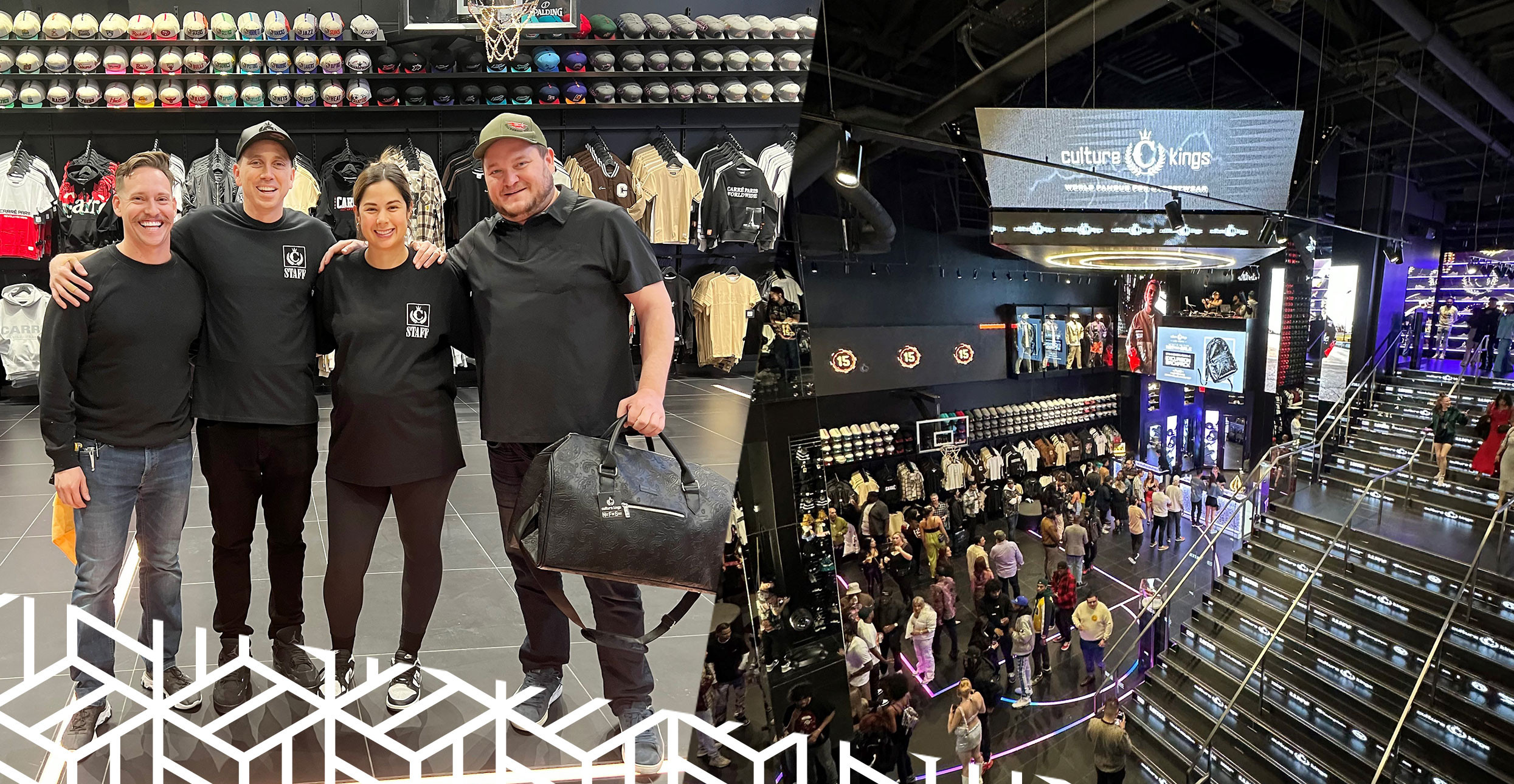 Shawmut celebrated the opening of Culture Kings at The Forum Shops at Caesars with founders Simon and Tah-nee Beard during the VIP grand opening party on Saturday, November 5.

To create the flagship’s futuristic aesthetic, the Shawmut team installed: a large feature staircase with LED-clad risers; mirrored tunnel hallway that leads clients into a secret room for exclusive one-of-one pieces; a jumbotron and more than 50 LED screens to livestream the latest drops and feature artists-in-residence. The store also boasts the largest hat wall in the world, DJ stage, bar, and interactive games that guests can play to win exclusive merchandise. Black floor tile and metal work throughout put the focus on the products and Culture Kings content.

“Having worked in all the major resort venues on The Strip, our team has collaborated with some of the most innovative brands—and Cultures Kings is top of the list. Their flagship reimagines the future of retail, and partnering with such a forward-thinking team was extremely energizing,” said Eric Geisler, director of Las Vegas at Shawmut Design and Construction. “From demolition day to the grand opening, this project was a true collaboration among all the talented teams involved to bring Culture Kings to the U.S.”

With an office in Las Vegas for almost 15 years, Shawmut’s work on Culture Kings is its latest at The Forum Shops, with recent work including RPM Italian and Joe’s Seafood, Prime Steak & Stone Crab.