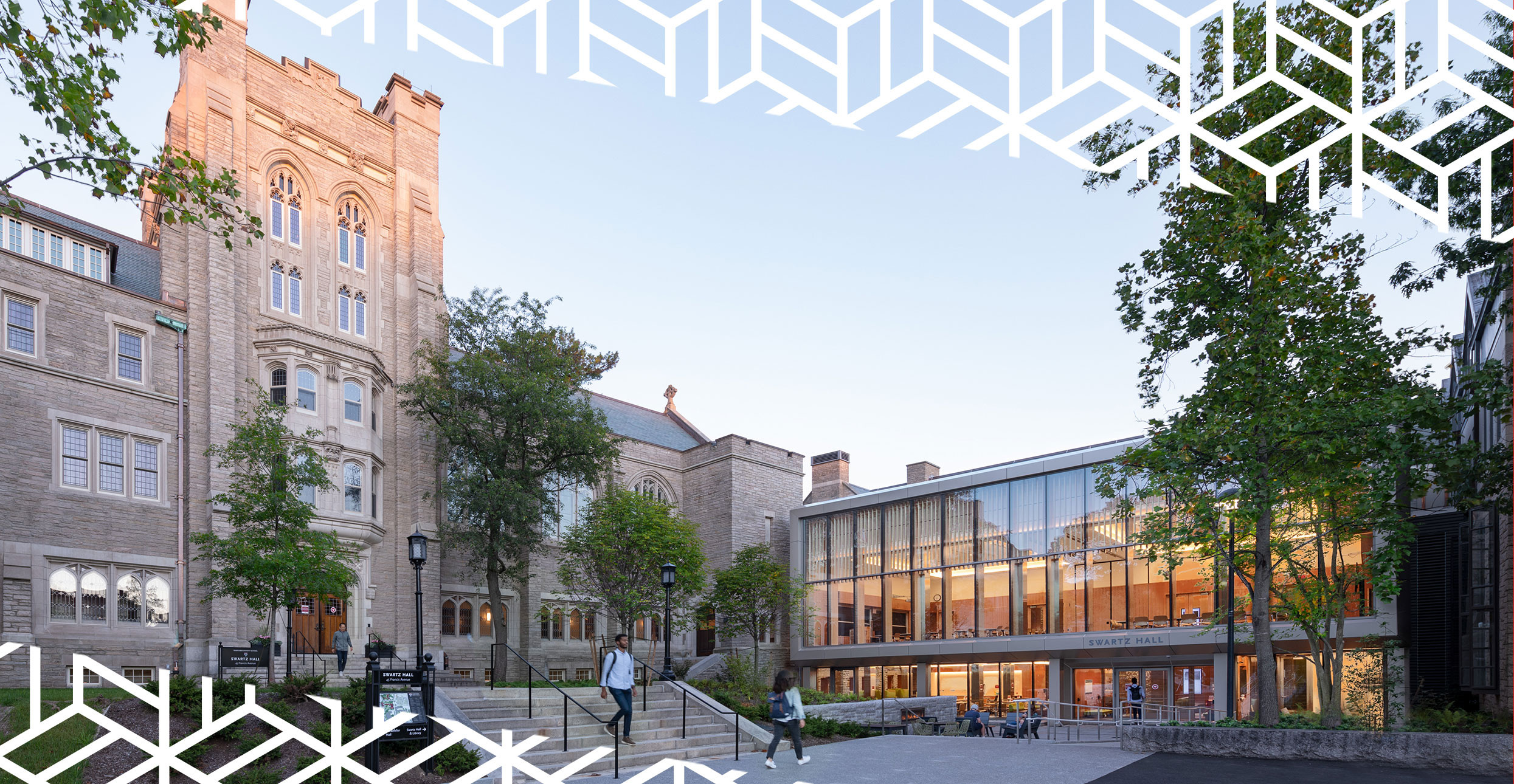 In partnership with Ann Beha Architects, the 60,000 square-foot renovation and 13,000 square-foot expansion began in May 2019 and was completed in August 2021. Built in 1911, Swartz Hall, Harvard University’s only major Collegiate Gothic structure, is the center of academic, administrative, and student life at the Harvard Divinity School — the first nonsectarian theological institution in the United States.

“The completion of this historic renovation of Swartz Hall marks a significant milestone in the celebrated legacy of Harvard Divinity School,” said Kevin Sullivan, executive vice president of Shawmut Design and Construction’s New England region. “Our team expertly navigated the preservation of the building’s historical significance and character-defining details while increasing energy efficiency and creating a welcoming, accessible, and modern environment that embodies the school’s vision for an inclusive campus.”

As part of this major renovation, the first since the building’s completion, the team created an environment reflective of the school’s multireligious community and the many faith traditions practiced by students, staff, and faculty.

The two-story addition, scaled to the century-old building, features a completely-glass facade, which dissolves the separation between interior and exterior and allows in ample daylight and visually opens the multipurpose room to a renewed campus green. At the ground level, a dining commons with café and fireplace lounge built of repurposed granite from the original building welcomes students and visitors. A new outdoor terrace and gas fireplace built of granite quarried in Deer Isle, Maine, functions as a front porch while adding new outdoor gathering space to the campus.

Shawmut completed extensive preservation work in the historic building while increasing energy efficiency and creating a welcoming, accessible, and modern environment. Improvements to mechanical systems and the building envelope — including replacement of the original Vermont slate roof — significantly reduce energy consumption. Samples of the 100-year-old roof, as well as original wood doors, were used to craft new versions in the closest matching material and style from when the building was first constructed. Once identified, the slate was brought in from a quarry in Vermont.

The exterior wood doors, as well as some interior ones, were restored in Newburyport, Massachusetts, by a woodworking company certified by the state as a minority/woman-owned business enterprise. Newly installed stained-glass windows used the same traditional techniques that created the original windows 100 years ago, and tucked inside each window is a vapor barrier, which helps protect the wooden frame, allowing it to last longer. The insulation helps keep the building airtight and minimizes the loss of heat in the winter and cool air in the summer, reducing energy consumption.

The old stack wing, originally containing five levels of book shelving, was removed to create three levels of classrooms and workplaces, as well as the new multi-faith space, which reflects one of the primary goals of the project: to create a building that serves all members of the HDS community. Occupying two floors, the space is expansive, with high ceilings that allow natural light to flow in. The movable seating, prayer rugs, and meditation cushions are intended to allow visitors using the space for any practice to feel welcome, and there is also a new, adjacent room for ritual cleansing by Muslims before daily prayers.

Before the renewal, the design of the century-old building didn’t lend itself to current technological needs or ways of teaching. To address that evolution, historically significant spaces, including the Williams Chapel dating to 1911, were restored and modernized with new lighting, AV systems, and full accessibility. The James Room, a 200-seat auditorium and classroom space, will now encourage connections, transform emerging teaching and learning possibilities, and welcome global conversations in real time through improved technology.

The sustainability measures included in the building renovation target LEED Gold or higher as well as a Living Building Challenge Materials Petal and will help advance the University’s effort to combat climate change and to make Harvard a fossil-fuel-free campus by 2050. One of the project’s sustainability goals was diverting at least 75% of construction and demolition waste from landfills, with original granite repurposed for fireplaces and elsewhere throughout the project. The building was completely rehabilitated, internally insulated, and retrofitted with new high-performance windows, and damaged and worn stained glass windows were repaired throughout the building, with technical expertise provided by local master glass painters and glaziers. More than 50 trees and shrubs, with additional ground cover, were planted. Throughout the building, new ramps, elevators, accessible entryways, gathering spaces, and restrooms make the building more accessible to all.