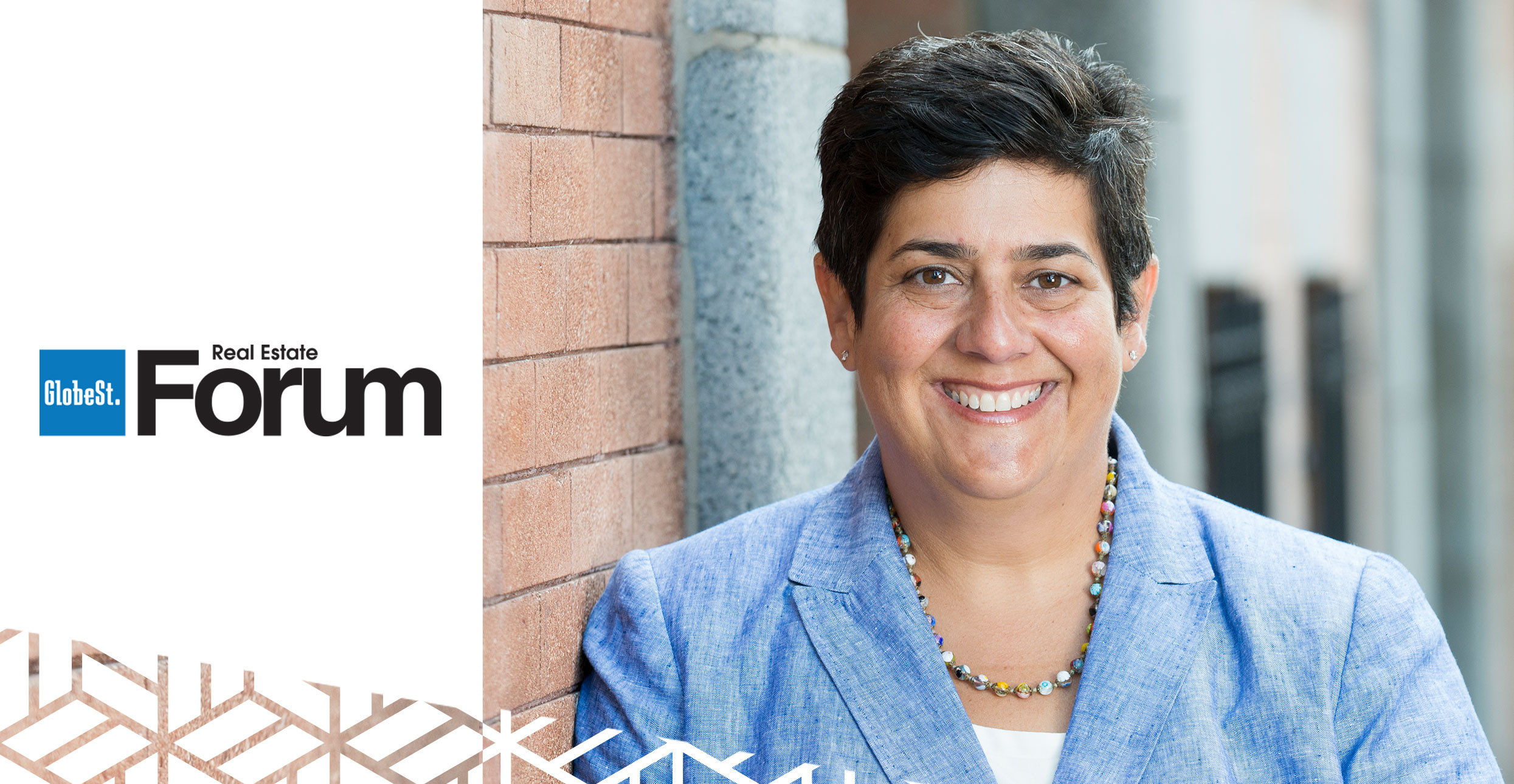 GlobeSt. Real Estate Forum named chief people & administration officer Marianne Monte a 2022 Women of Influence Diversity Champion. Recognized for her achievements in driving progress in the commercial real estate industry, most notably as it relates to shifting Shawmut’s culture to focus on diversity, equity, and inclusion (DEI), read Marianne’s profile on GlobeSt.com here and below.

When Marianne joined Shawmut, she was tasked with helping accelerate its DEI journey, driving strategy and accountability to gain more traction. To understand where Shawmut stood and make meaningful change, Marianne took the lead in studying trends from engagement surveys, defined a trajectory towards success with immediate, actionable steps and—importantly—established how to communicate the work and change through both company meetings and grassroots conversations. Key to this was the establishment of the Diversity Leadership Council, which Marianne was initially part of, which partnered with Deloitte Human Capital and Catalyst to create a strategic framework to advance toward Shawmut’s DEI goals. A critical focus was operationalizing the work and using data to establish accountability—gauging how inclusive Shawmut’s culture is based on engagement surveys and open feedback.

Much of the work Marianne did in her first few years at Shawmut laid the foundation for accelerated DEI progress and ability to adapt during the pandemic. She spearheaded the implementation of Shawmut Flex seven years ago, leading the industry with a flexible work program that focused on the quality of people’s work—not where and when they did it. This robust program and the IT support behind it allowed Shawmut to transition as seamlessly as possible to remote work when the pandemic hit.

In 2017, Marianne led the charge in switching Shawmut over to a focal point review cycle, with everyone’s progress and compensation discussed and budgeted at the same time, removing the influence of business cycles. This ensures that pay and promotion are equitable based on like work, experience, and performance, with areas of inequity continuously reviewed and adjusted at the two established calibration points of the year. Marianne and her team employed additional rigor to define strong performance and articulate promotion readiness; launched an effort to bring transparency to the pay-decision process with a system that mitigates the risk of unconscious bias; and compiled benchmarked salary market data for every position. Marianne ensured the operationalized model is scalable, allowing Shawmut to track status and progress in this ongoing process that requires regular data and process revisits.

Coming out of the pandemic, Marianne and Shawmut saw how communities of color and less-represented communities were impacted very differently and at a disproportionate rate, which showed up in many ways. For both similar and different reasons, there is a reduced workforce for both women and people of color. Shawmut saw the need to reach out to less-represented groups, training and educating people for an industry they hadn’t been in or considered before—Marianne led her recruiting team to become laser-focused on DEI recruiting on college campuses, and as a whole the business partners with key core clients to engage with Underrepresented Business Enterprises (UBEs) in joint ventures as project partners.

Shawmut now has a workforce that’s comprised of 33% women, compared to the construction industry which is only 10%. While a team, company-wide effort, this is in large part due to Marianne’s relentless work and efforts to create an inclusive workplace where everyone can show up as their true, best selves and thrive.