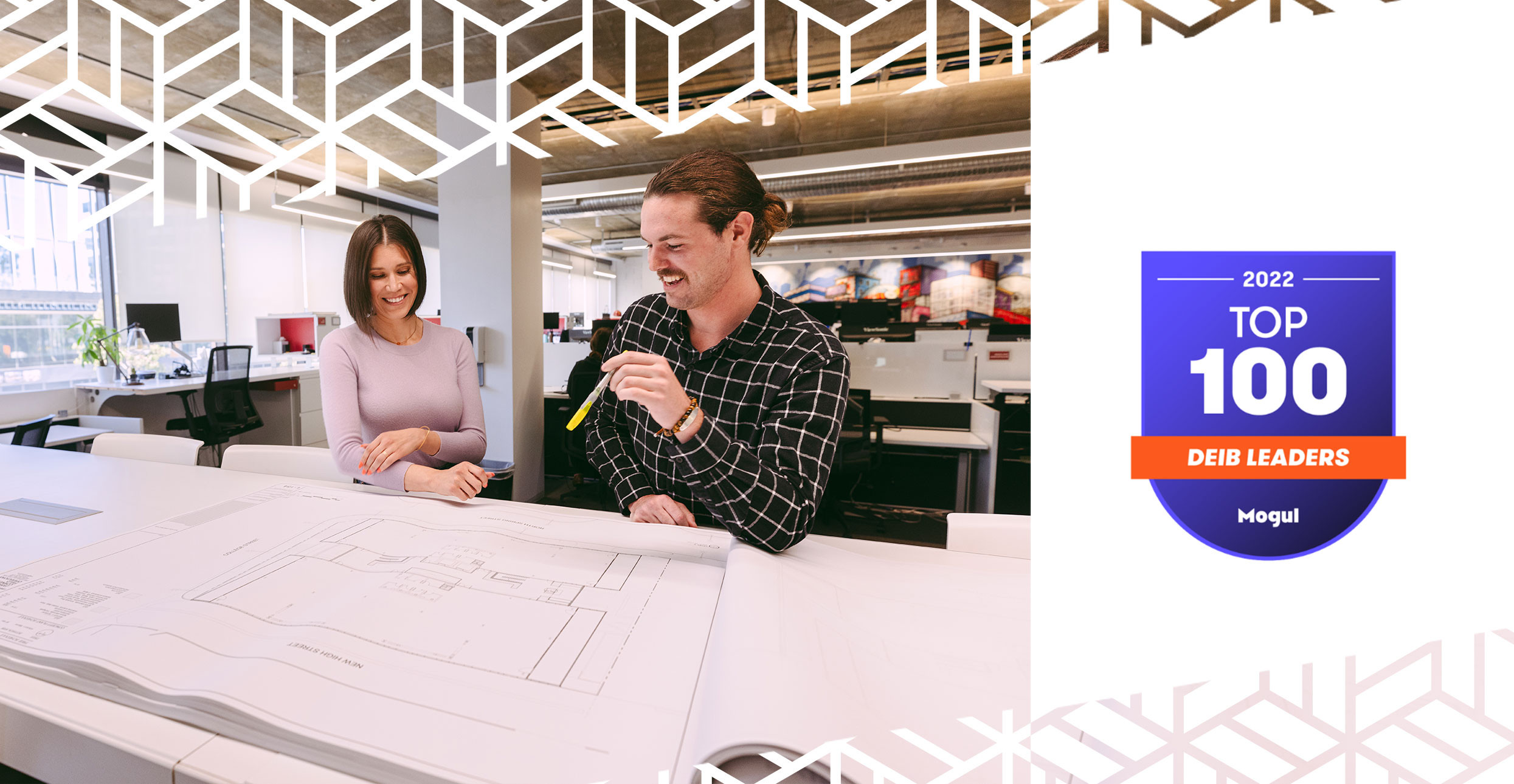 For the second consecutive year, Shawmut and CEO Les Hiscoe have been named to Moguls’ Top 100 DEIB Leaders list.

Mogul’s 2022 list celebrates 100 leading global companies that are paving the way in diversity, equity, inclusion, and belonging (DEIB) in the workplace. The highly influential DEIB leaders were selected through weighted scoring, considering the development and implementation of new practices, support, and resources for employees, and overall contributions to raising the bar for industry-wide work standards.

Shawmut is recognized for making enormous strides in implementing progressive practices, striving for DEIB across all levels of the organization, and creating a welcoming workplace for all. This recognition is a direct result of the collective efforts of Shawmut’s employee-owners who drive groundbreaking DEIB work every day. Shawmut seeks to consistently drive meaningful change and has made significant and intentional DEIB investments that have accelerated progress, including:

Shawmut’s DEIB work and leaders have also been recognized as a DEI Visionary by the LA Times and Diversity Champion by GlobeSt.com and Crain’s New York Business—and the firm’s people-first culture has won more than 75 best place to work awards nationally, including five Fortune Magazine Best Workplace awards. This latest award comes as Shawmut is celebrating its 40th anniversary and is committed to the growth and diversity of its workforce. As the firm grows and continues to invest in its people, Shawmut is increasing its market share of larger, more sophisticated projects and expanding into new sectors—including bolstering expertise in commercial, education, healthcare, and life sciences.

Learn more about why Shawmut and Les were honored in Mogul’s Top 100 DEIB Leaders 2022 List here.